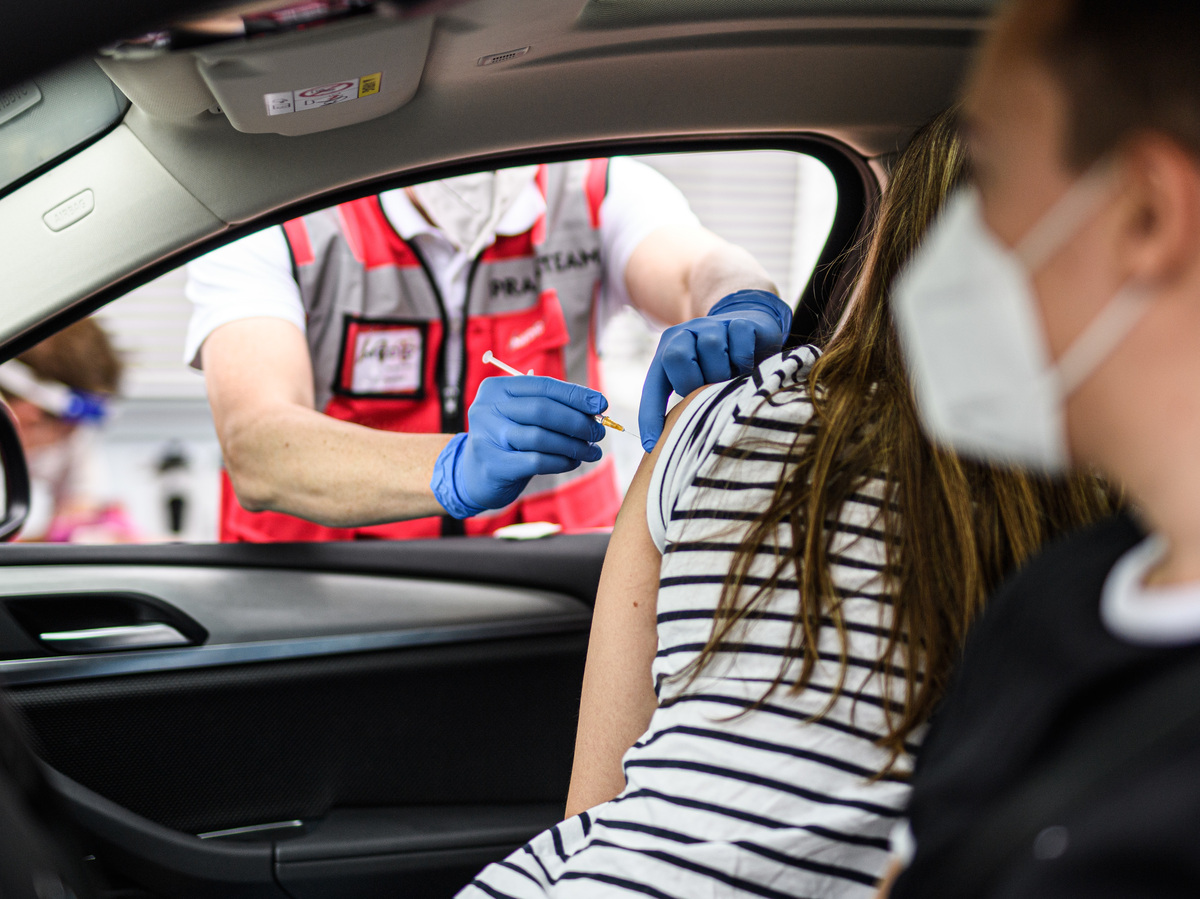 The emergence of new and more infectious variants of the coronavirus has raised a troubling question: Will the current crop of COVID-19 vaccine prevent these variants from causing disease?

A study out Wednesday in the journal Nature suggests the answer is yes.

The research was fairly straightforward. Scientists took blood from volunteers who had received the Johnson & Johnson COVID-19 vaccine, and looked at the levels of neutralizing antibodies, the kind of antibodies that prevent a virus from entering cells.

“What we showed is that the neutralizing antibodies are reduced about fivefold to the B.1.351 variant,” says Dan Barouch, director of the Center for Virology and Vaccine Research at Beth Israel Deaconess Medical Center in Boston. Under the new nomenclature proposed by the World Health Organization, B.1.351 is now called Beta. It first appeared it South Africa.

“That’s very similar to what other investigators have shown with other vaccines,” he says. “But what we also showed is that there’s many other types of immune responses other than neutralizing antibodies, including binding antibodies, FC functional antibodies and T-cell responses.”

They don’t prevent infection; they help keep an infection from spreading.

“The T-cell responses actually are not reduced — at all — to the variants,” Barouch says. Not just the Beta variant, but also the Alpha and Gamma variants.

That may help explain why the Johnson & Johnson vaccine prevented serious disease when tested in volunteers South Africa where worrisome variants are circulating.

“The data is very solid,” says Alessandro Sette, an immunologist at the La Jolla Institute for Immunology. “Dan Barouch’s data really show very nicely that there is no appreciable decrease in [CD8 T-cell] reactivity.”

Sette’s lab has had similar results with the Pfizer-BioNTech and Moderna COVID-19 vaccines. So has Marcela Maus at Massachusetts General Hospital. Although it will It will take studies in people to be certain the vaccines will work against variants, “Anything that generates a T-cell immune response to the SARS-CoV-2 I would say has promise as being potentially protective,” Maus says.

What’s not clear yet is how long the T-cell response will last, but several labs are working to answer that question.